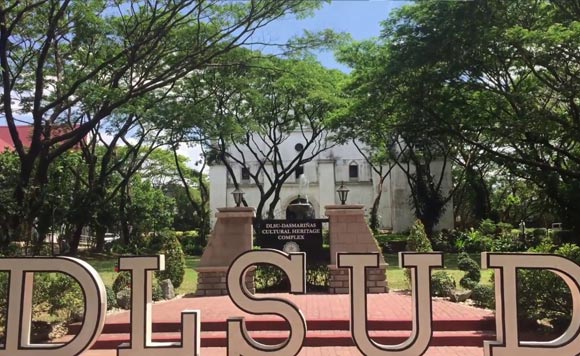 The province of Cavite, tagged as the Historical Capital of the Philippines, being the cradle of Philippine revolution and the birthplace of Philippine Independence, is also the hometown of famous film actors and actresses from the 1940s to the present.

In an advisory Wednesday, a feature on the Caviteño film actors and actresses is one of the Filipino film-related topics in the “Sandaan: Philippine Cinema Centennial Conference – The Filipino Film Centenary Expedition” to be hosted by the De La Salle University – Dasmariñas (DLSU-D) from Nov. 22 to 23.

Organized by the National Commission for Culture and the Arts (NCCA) and in partnership with the Communication and Journalism Department of DLSU-D, Ateneo de Cagayan, and Cine Kasimanwa, the DLSU-D leg is part of “Sandaan’s” Philippine-wide tour.

DLSU-D Faculty and a member of the Executive Committee – Luzon Representative Rosanni Recreo Sarile will manage the topic on Caviteño celebrities.

A member of the National Commission on Culture and the Arts (NCAA) Cinema Committee, Sarile will focus her lecture on famous actors and actresses spanning nearly eight decades since the 1940s, including ‘The Great Profile’ of Philippine Cinema – Leopoldo Salcedo.

Then there are, of course the Revillas (Ramon Jr, Bong and Jolo) and Lani Mercado who have shifted to politics now.

‘Cinema Rehiyon Reloaded’ where acclaimed films from the regions will be screened is the opening salvo on Friday, at 8:30 a.m. with “repeat” schedules at 11:15 a.m, and 2:45 p.m. at A 30-minute talk on Film Acting (with Archi Adamos) is slated at 10 a.m., followed by a 30-minute break before Sarile starts her feature on Caviteño film actors, actresses at 10:45 a.m.

A tribute to Vicente Salumbides, the second father of Philippine cinema, managed by Boy Villasanta happens at 1 p.m. and the event closing ceremonies set at 4 p.m.

After the two-day Luzon conference, the participants are expected to gain insights on Philippine cinema and its icons, which could serve as inspiration to local filmmakers, students, film teachers and enthusiasts to re-connect to these foundations and influence their own filmmaking techniques. (PNA)