‘Sure win’ Laguna mayor Carolino to run for Congress, wife to take over seat 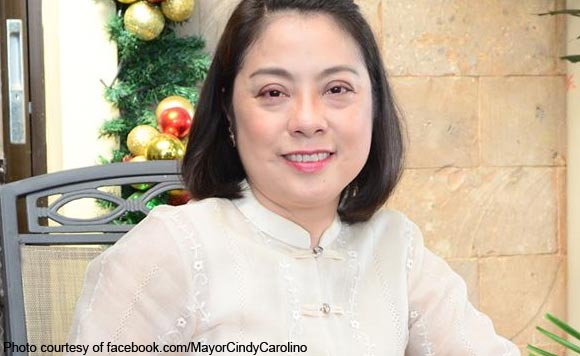 SANTA CRUZ, Laguna-The congressional candidate for the 4th district of the province who filed his certificate of candidacy (COC) last month for the 2019 midterm election has given up his candidacy on Monday.

The incumbent Santa Maria mayor also gave up his second-term mayoralty bid to his wife, former mayor and lawyer Cindy Carolino, in a substitution move.

The Carolino couple filed their respective candidacies as substitutes with the incumbent mayor Antonio for the congressional seat and wife Cindy for Sta. Maria mayor on Monday at the provincial Commission on Election (Comelec) office here.

San Luis said the move was to give way to the governance of a more experienced and qualified Carolino.

According to Comelec-Laguna provincial officer lawyer Patrick Enaje, such substitution is allowed by law for as long as there is a proper endorsement of the political party where the candidates belong.

He also said that this is the first case of substitution in the province starting from the municipal level and to the provincial level.

In his statement after the filing, Mayor Carolino said that being unopposed for the second term as mayor in his hometown is a sure win but the call to serve across the district covering 16 municipalities and occupying almost 50 percent of the province’s land area, prompted him to accept the candidacy.

“The 1st, the 2nd and the 3rd districts of the province are already experiencing developments while our district covering 16 municipalities occupying almost 50 percent of the land area of the province has been left behind,” Carolino said.

“The farmers in our town produce 80 percent of the coffee processed in Batangas province for lack of facilities in the district,” said Carolino, citing that the 4th district which includes Sta. Maria town is predominantly agricultural lands.

The cities of San Pedro and Santa Rosa belong to the 1st District
while the city of Cabuyao and the municipalities of Los Baños and Bay
belong to the 2nd District.

The cities of Biñan and Calamba used to belong to the 1st and 2nd Districts respectively but have achieved their status as lone
districts.