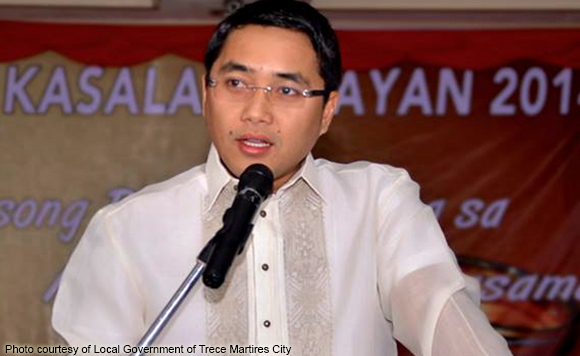 De Sagun made this accusation in the counter-affidavit he submitted Friday (Oct. 26) before the Department of Justice (DOJ) which is conducting a preliminary investigation over the complaint filed against him.

In his counter-affidavit, De Sagun asked the DOJ panel of prosecutors conducting the preliminary investigation to dismiss the complaint which accused him and his co-accused of two counts of murder and one count of frustrated murder.

“It is the last term of office and I will not run anymore for any position. The death of Vice Mayor will not benefit me or my family, personally or politically. There is simply no motive on our part even a political motive for it is political suicide to commit such a horrible crime for it may affect and destroy the reputation of our family,” he said in his counter-affidavit.

Should anyone would gain from the killing, De Sagun said Lubigan’s wife, Gemma, could benefit from the vice mayor’s death.

“And how convenient it is that when the fateful event happened, the better half of the Vice Mayor was opportunely left at the gym because allegedly she was not done yet with her routine. Was she forewarned that something will happen? And now she is running from office and using this unfortunate incident as a propaganda to further her bid,” he said.

Under the complaint, De Segun and his co-respondents are accused of being behind the ambush of Lubigan which took place in Trece Martires, Cavite last July 7.