Ralph Recto: Stop blaming me for NPC’s cancellation of nomination 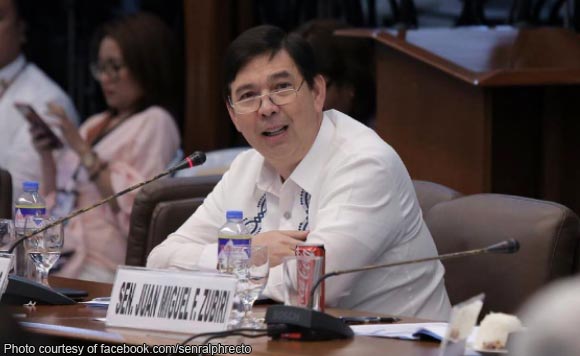 Sabili earlier blamed Recto for NPC’s withdrawal of its nomination.

But Recto said Sabili should not blame him.

“My advice to mayor Sabili is to look into the mirror and stop blaming others. The NPC’s withdrawal only means they do not want to be associated with someone with no credibility. Instead of politicking, I encourage the mayor to do his job, address traffic and fix the city’s garbage problems. Itigil na ang kanilang mabahong pamumulitika. Lubog na lubog na sa utang at basura ang Lungsod ng Lipa,” he said.

“The Nationalist People’s Coalition withdrew the nomination from mayor Sabili when they realized that he was opposing the re-election bid of Cong. Vilma Santos Recto, a multi-awarded public servant. The NPC’s leadership is in fact supporting Cong. Vi and has apologized for the mistake made by its Secretary General in endorsing Mayor Sabili,” Recto added.