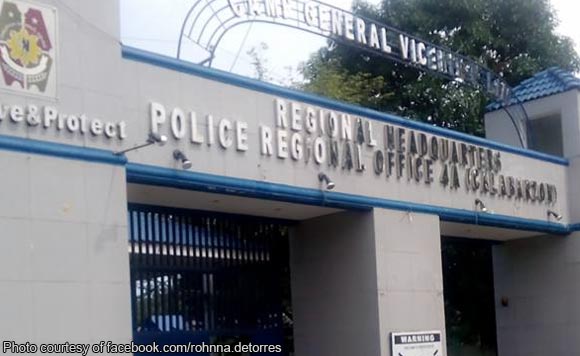 The reorganization involved the relief from present post of a Senior Superintendent, 27 Superintendents, and two Police Chief Inspectors (PCI), and their reassignment to new posts within the region composed of the provinces of Cavite, Laguna, Batangas , Rizal and Quezon.

The Police Regional Office in Calabarzon (PRO4A) released the list of officials affected by the reorganization Friday.

“The reorganization is the result of the regular performance assessment of the region by the Oversight Committee Members on Illegal Drugs and Illegal Gambling and the Enhanced Managing Police Operations,” Supt. Chitadel C. Gaoiran, chief of the PRO4A public information office, told the Philippine News Agency.

The assessment of the performance of the Chiefs of Police covers the period from June to September 2018, added Gaorian.

In his statement on the police officials’ reshuffle, Carranza said PRO4A is still at its peak in terms of the anti-criminality and illegal drugs campaigns “in line with President Rodrigo Roa Duterte’s directive and with our Chief PNP, Police Director General Oscar D. Albayalde’s leadership focus on the eradication of illegal drugs in our country”.

“Despite our strong standing, we will not rest on our laurels but instead we want to make sure that our men on the ground especially our Chiefs of Police could deliver what is expected of them and if not then we will replace them with those who could,” he said.

Carranza said the reshuffle, which became effective Oct. 16, was part of the routine system in the PNP, wherein those who already met the maximum two years of tenure as Chief of Police will be relieved from the said position, including those who were transferred due to career advancement.

“Movement of our officers will ensure a more balanced, efficient, and productive leadership in their new assignments. It is also our policy in the PNP to look into the career advancement of our officers. This is part of preparing them for their future assignments especially as managers and leaders,” he said.

He also assured that the regional police command wants to make sure they are putting the right person on the right job, where they could perform their best in serving the community.

Carranza has already sent letters to the Local Chief Executives (LCEs) across the region informing them of the relief of their chiefs of police and re-assignment of new officers in their respective local government units (LGUs).

“I have the full trust and confidence to these officers that they will lead by example for their people on the field and expect them to deliver effectively,” the Regional Director said.