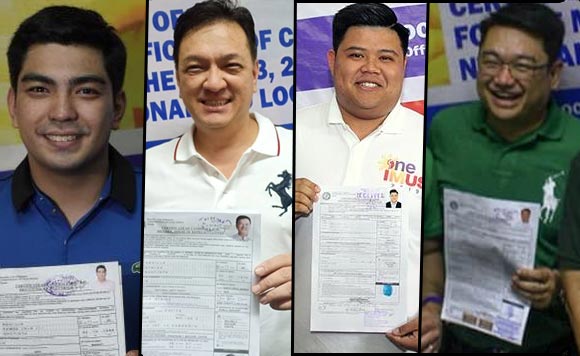 A Cavite vice gubernatorial reelectionist and three out of eight candidates seeking to represent their respective congressional districts are running unopposed based on the Certificates of Candidacy (COCs) filed at the provincial Comelec office here Wednesday.

Strike has filed his bid for a second term as Cavite representative for the Lone District of Bacoor City while Advincula and Ferrer are seeking their third and last term as congressional representatives of their respective districts.

For local government chief executives, Noveleta Mayor Dino Reyes Chua and General Trias Mayor Antonio Ferrer are also assured of their reelection bid for next year’s polls since they have no opponents. (Dennis Abrina/PNA)