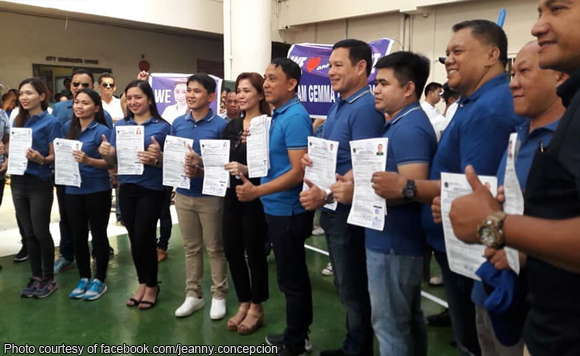 The duo filed their respective Certificates of Candidacy (COC) Tuesday at the Commission on Elections (Comelec) office here.

Gemma and Montehermoso attended the Holy Mass at the St. Jude Thaddeus Church near the city hall before filing their COCs.

Lubigan’s wife is challenging former Trece Martires City Mayor Jun Sagun, who is staging a comeback for the mayoralty seat.

According to Gemma, she is running to pursue the unfinished business of her husband, who was incumbent city vice mayor when he declared to run for city mayor for the May 2019 mid-term polls July 6 this year.

On July 7, Lubigan, along with his driver-bodyguard and a security aide, were waylaid by the assailants while on board his Toyota Hilux, just in front of a hospital on Indang-Trece Martires Road in Barangay Luciano here. (Dennis Abrina/PNA)