Danilo Suarez: Public officials must adhere to Code of Conduct 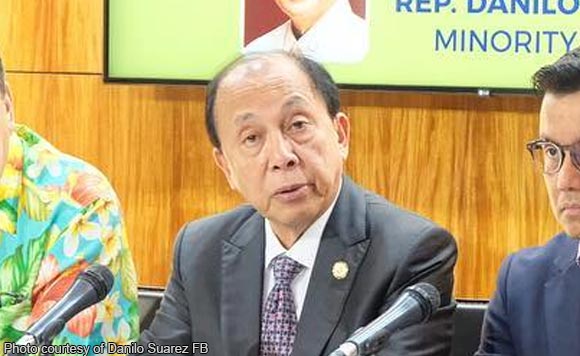 Quezon 3rd District Representative Danilo Suarez said he does not condone the unruly behaviour of ACTS-OFW Representative John Bertiz during the security checkpoint at the Ninoy Aquino International Airport.

Bertiz was caught on camera refusing to follow security procedure and berating a security personnel at NAIA.

The Quezon politiko said this is not the first time Bertiz became controversial.

“As the Minority Leader, I recognize my colleague’s significant contribution to the Minority group since the start of the 17th Congress. However, we in the Minority do not condone such a misconduct. This was not the first time Rep. Bertiz found himself in hot water due to his inappropriate words and actions,” he said.

“As public officials, we are reminded by this incident that we must adhere to Republic Act No. 6713, or the ‘Code of Conduct and Ethical Standards for Public Officials and Employees.’ As members of the Lower House, we must adhere to the Code of Conduct established by the Rules of the House of Representatives under Rule XIX. Nobody is perfect, but as public servants, we must be more mindful of our words and actions; and we should set the right example to our fellow Filipinos,” Suarez added.