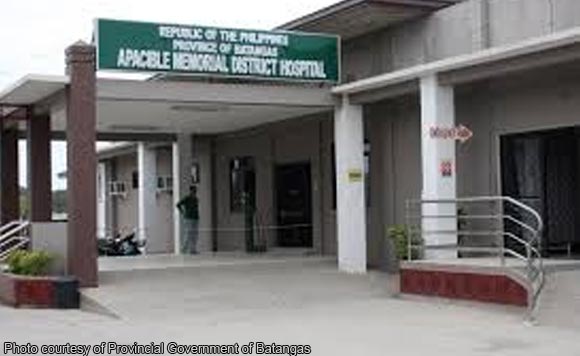 BATANGAS CITY – Some three provincial government-run and public hospitals will be converted into economic enterprises to make them viable and enable them to sustain their basic services and facilities for Batangas’ constituents.

“This is part of the mandate of the provincial government to expediently deliver our devolved health services to all Batangueños and make quality health service universal,” Aguilera said.

She said the resolution has paved the way for the provincial government, through the Sangguniang Panlalawigan (Provincial Board) to pass Provincial Ordinance No. 016-2017 entitled, “Batangas Public-Private Joint Venture”, to tap the resources of the private sector to address the needs and solve the problems of the public hospitals.

Under the Local Government Code, every local government unit (LGU), subject to prior authorization by the Sanggunian, may enter into contract as it enjoys full autonomy in exercising proprietary functions and in managing their economic enterprises.

The Local Government Code empowers the LGU to negotiate and secure financial grants or donations in support of basic services and facilities from local or foreign assistance agencies without needing clearance or approval from any national government agency or a higher LGU.

Aguilera said with the approved resolution and ordinance, the provincial government of Batangas now accepts unsolicited proposals from the private sector with negotiated terms subject to comparative proposals and general guidelines.

She said these include acceptance of unsolicited offers from private sector proponents (PSP) who are qualified and financially capable to administer hospitals; the provincial government will commit the PHP1 billion for Capital Outlay (land, building, equipment), while the PSP will invest in Personnel Services and Maintenance and Other Operating Expenses.

Aguilera added that the guidelines also include stipulations that the Batangas Provincial Hospital (BPH) personnel will remain as government employees and will still receive their salaries and benefits accordingly.

She said the Batangas district hospitals’ conversion stemmed from a meeting on Sept. 19 where the Local Health Board (LHB) with Mandanas, Provincial Health Officer Dr. Rosvilinda Ozaeta and Chiefs of Hospital of all BPHs adopted the resolution, which opens opportunities for private health care providers to offer their proposals.

“As of today, the LHB received an unsolicited proposal from Nephro Synergies and is now subject to a one-week evaluation and a 30-day preparation of terms of agreement,” Aguilera said. (PNA)