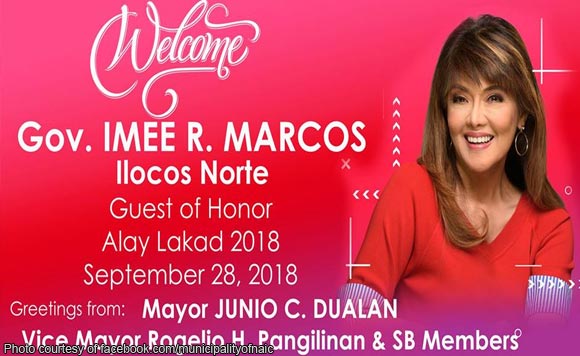 Imee, the eldest daughter of the late dictator Ferdinand Marcos, is said to be eyeing a Senate post.

One commenter was sad that she would be unable to see Imee, who she described as her idol.

But another was disgusted, saying Imee was more like a “guest of horror,” and wondered why Naic was welcoming thieves to town.

What do you think?