Ralph Recto: Return to Nacionalista will not change views 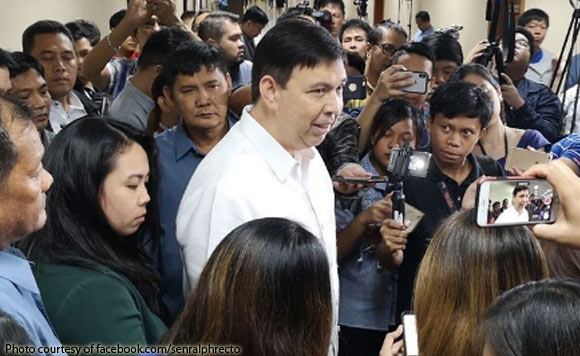 Senate President Pro Tempore Ralph Recto said his return to the Nacionalista Party (NP) will not change his views and convictions.

Recto and his wife, Batangas 6th District Representative Vilma Santos Recto, recently transferred from the Liberal Party to the NP.

Recto said he plans to stay in NP.

“It is my second homecoming to the party of the Rectos. And I plan to stay. Not as a leader, but as an ordinary footsoldier, who will march under the banner, under which millions Batangueños had fought in war, and peace, which says: ‘Ang Bayan Higit sa Lahat,'” he said.