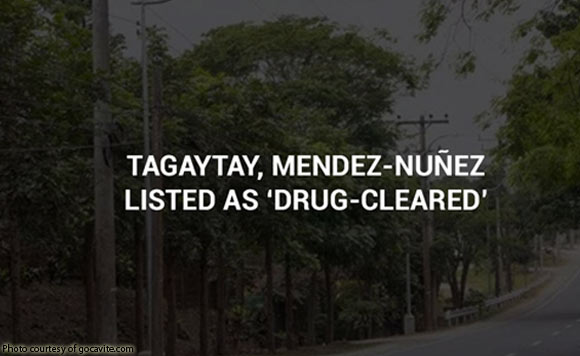 Tagaytay City and Mendez-Nuñez have both been declared drug-cleared by the Philippine Drug Enforcement Agency (PDEA).

The Cavite Provincial Police Office confirmed this on September 10.

The two are the first two Cavite areas declared drug-cleared by PDEA since President Rodrigo Duterte began his campaign against illegal drugs.

Cavite Provincial Police Chief William Segun called on the police to “to sustain this ‘drug cleared’ status which has to be maintained, otherwise PDEA will recall it.”