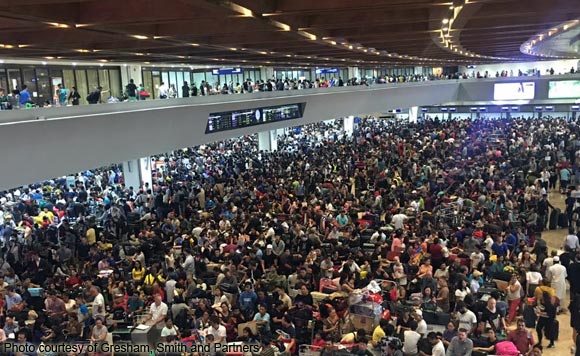 He also said there was a “surplus of plans but a deficit in progress” in building an alternative gateway.

“If it is increasing its passenger volume by 2.5 million passengers a year, which was the annual increase growth from 2016 to 2017, then there’s no way that the present facilities can handle 10 million additional passengers by 2022,” he explained.

“If the projected growth is three million annually, then it will be impossible for its present facilities to accommodate 15 million more passengers in five years,” Recto added.