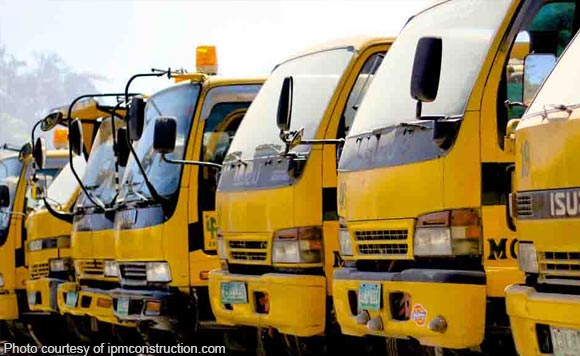 The Court of Appeals (CA) has ordered the Laguna Lake Development Authority (LLDA) to vacate a lakeside property along C6 Road, Taguig City and return possession of the lot to solid waste contractor IPM Construction and Development Corp. (IPM).

Earlier, LLDA General Manager Jaime Medina vowed to “implement the full intent of the law” when he formally filed a complaint against IPM at the Office of the City Prosecutor in Taguig City last March 5.

Based on the LLDA inspection conducted by LLDA engineers Angela Aquino and Bernadette Valle on Aug. 27, it was found that IPM had undertaken their construction project within the Laguna de Bay region without clearance from the LLDA.

On June 28, the LLDA ordered the closure of two construction companies in Taguig City for multiple violations of environmental laws — IPM and Level Up Construction.

According to engineer Generoso Dungo, LLDA’s assistant general manager and head of the Shoreland Management Office, the assessment revealed that wastewater coming from the two firms is highly toxic and they lack a systematic transfer station and material recycling facility.

But in a six-page resolution dated Aug. 29 and penned by Associate Justice Priscilla Baltazar-Padilla of the CA’s Special 14th Division, the court likewise barred LLDA General Manager Jaime Medina and other officers, agents, and staff “from interfering, dispossessing, and intruding” with IPM’s right over the property until the final resolution of the case.

The case stemmed from a petition filed by IPM against LLDA after the state agency closed down and seized control of a 22-hectare property leased by the company for its garbage transfer station and materials recovery facility along C6 Road, Barangay Calzada, Taguig City.

The LLDA, an attached agency of the Department of Environment and Natural Resources, said IPM, the authorized garbage contractor of Taguig City, qaa engaged in garbage dumping and illegal reclamation in the shores of Laguna de Bay.

In a statement on Wednesday, IPM welcomed the CA’s injunction order.

The company maintained that it has not violated and has faithfully complied with environmental laws, rules, and regulations.

It added that the operation of its Materials Recovery Facility and Transfer Station is covered by required permits and licenses.

“LLDA itself, in a Cease and Desist Order (CDO) issued on June 13, 2018, did not make any findings as to alleged dumping of garbage in the C6 area occupied by IPM. There is also no backfilling nor reclamation going on in IPM’s property,” the company said.

The firm insisted that the LLDA should not use the CDO as a cover to grab land.

“This is what LLDA did to IPM. Faced with an abusive show of force by LLDA when it took over, dispossessed and effectively deprived IPM of the pursuit of its lawful operations, the company simply availed of a remedy available to it under the law. Where else will IPM seek refuge against this act of LLDA except to resort to the courts?” the company pointed out.

IPM said its CA petition puts the spotlight on whether LLDA has the power and authority to seize and take over IPM’s property.

“IPM questioned LLDA’s jurisdiction because IPM’s leased property is titled under the Torrens System, which LLDA cannot collaterally attack by simply claiming that it is part of the shoreland and forcibly ousting IPM thereto. Thus, the CA correctly ruled that pending resolution of conflicting claims, the parties should maintain the status quo — the last peaceable and uncontested status — in this case, IPM being in peaceful possession of the C6 property,” the company added in its statement.

Following the court ruling, IPM said LLDA, as a government agency, “should be the first to show respect to the Courts and faithfully comply with the CA’s lawful order.”