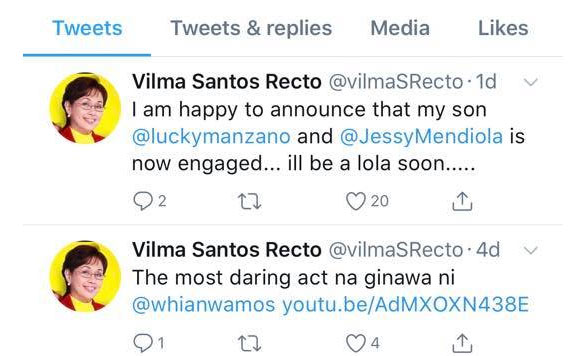 Many of us want to be like Batangas Rep. Vilma Santos-Recto because of her movie and political roles, but not all of us actually pretend to be her on the internet.

In one Tweet, the person behind it claimed that Santos’ son Luis has gotten engaged to girlfriend Jessy Mendiola.

Let’s volt in for Cong Vi!