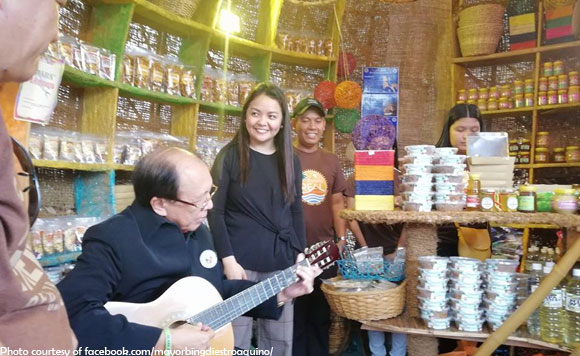 Suarez, who managed to keep his post as Minority Leader in the House of Representatives despite being a staunch ally of Speaker Gloria Macapagal Arroyo, showed off his musical talent recently.

In a Facebook post, Real, Quezon Mayor Bing Diestro Aquino shared a photo of Suarez strumming a guitar and singing a song at the Real booth during a recent festival.

Aquino appeared pleased at being serenaded by the Minority Leader, and thanked him for visiting the town’s booth.

Quezon natives support each other!