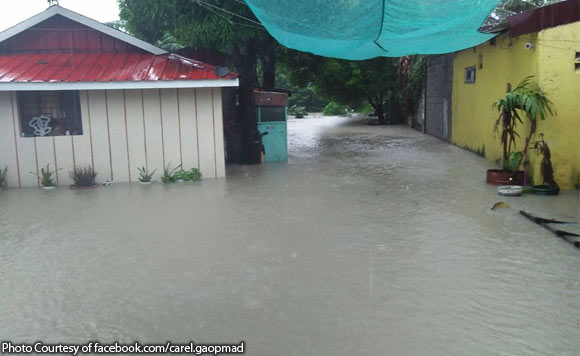 Cavite Governor Crispin Remulla on July 22 declared a state of calamity in the province due to widespread flooding.

The Cavite politiko also suspended classes in all levels in both public and private schools.

Three weather disturbances “Henry,” “Inday,” and “Josie” have enhanced the southwest monsoon and brought heavy rains in the province and other parts of Luzon.

The cities of Bacoor, Imus, and General Trias and the municipalities of Kawit, Noveleta, Rosario, Tanza, Naic, Maragondon, Indang and Ternate have been experiencing widespread flooding the past three days.

Remulla has led the distribution of relief goods in Cavite City, Noveleta, Tanza, Naic and Ternate.