Who’s the real Ramil Hernande? Laguna Governor shares tips on how to spot his fake accounts 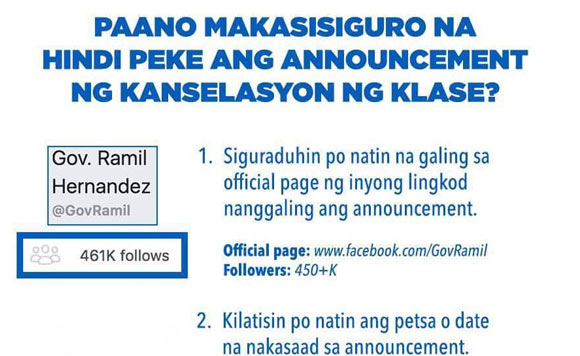 Will the real Ramil Hernandez please stand up?

The Laguna Governor has had it with fake social accounts claiming to be him, and which post bogus announcements about class suspensions.

To counter this, he has shared tips on how to spot the bogus users.

In a Facebook post, the governor said people should make sure that they are following his official page. It is the one with nearly half a million followers.

Social media users should also carefully check the date of the class suspension announcements, and should scrutinize the graphics to see if these had been edited.

If they follow these tips, they won’t be led astray.