SC decision to boost IRAs of provinces by 40% – Mandanas 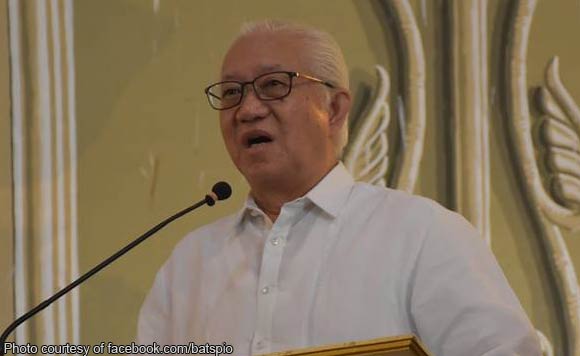 Batangas province expects to receive around PHP6 billion in Internal Revenue Allotment (IRA) back payment as a result of the Supreme Court ruling last July 3 this year.

Mandanas referred to the high court’s landmark decision, with a 10-3 majority vote among the high court magistrates, that the LGUs “just share” under Section 6, Article X of the 1987 Constitution should be based on all national taxes and not only on national internal revenue taxes under Section 284 of the Local Government Code.

His lead petition called for the rectification of the process of allocating IRA funds for LGUs. The SC ruling would mean an increase in the IRA funds for LGUs as the computation would now include tax collections by other agencies apart from the Bureau of Internal Revenue (BIR).

He also recalled that he started his struggle for the “just share” of the IRA among the country’s LGUs when he was Batangas governor from 1995 until 2004.

An economist, Mandanas admitted that his assessments proved there were discrepancies in the IRA grants for LGUs prompting him to serve notice to the national government.

“Noong una natin itong inilaban, walang sumama sa atin, pero dahil sa tamang kaalaman, tayo ay nagkaroon ng tapang at paninindigan na idulog ito (when we started fighting for this, we had no supporters for our cause, but given the right information and appropriate knowledge, we had the courage and stood our ground to lead the petition),” the Batangas governor said.

He revealed that his struggles came to fruition when the LGUs throughout the country received their additional IRA amounting to PHP60 billion, in accordance with the law, during the administration of President Gloria Macapagal-Arroyo from Jan. 20, 2001 to June 30, 2010.

He added that his “fight” continued for the IRA backpay when he was elected 2nd District Representative of Batangas during the administration of President Benigno S. Aquino III from June 30, 2010 to June 30, 2016.

According to Mandanas, the national government, under then President Aquino had turned down his petition, prompting him to initiate his lead petition with eight other local government executives before the Supreme Court.

With the SC decision, the governor has estimated around PHP 1.3 trillion on IRA backpay that the country’s LGUs ought to receive, of which Batangas province gets its just share of around PHP 6 billion.

He also looks forward to the “just share” for Batangas province as this translates to more infrastructure projects that generate livelihood and employment; more scholarships; more ambulances to be distributed to the barangays and other health projects and public services for Batangueño constituents. (PNA)