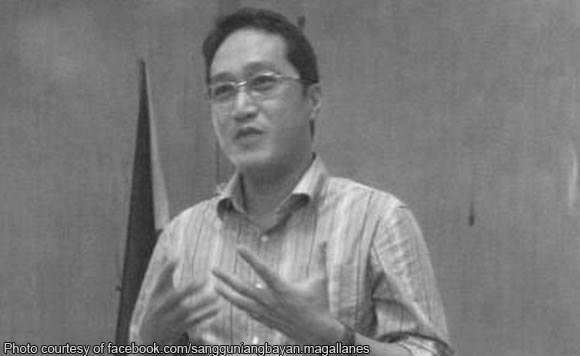 The body of slain Trece Martires City vice mayor Alexander Lubigan will be laid to rest on Sunday, July 15, his family stated on Wednesday.

His sister, Christine Lubigan-Lucero, said that after the 2:00 p.m. mass at St. Jude Thaddeus Parish, he will be brought to the St. Jude Memorial Park, both located in Barangay Luciano here.

Lubigan and his driver Romulo Guillemer died on the spot after their black Toyota Hi-Lux was riddled with bullets by still unidentified suspects who were on board a similar vehicle but without a plate, or conduction sticker along Trece-Indang Road in Barangay Luciano, Trece Martires City in the afternoon on July 7.

Authorities are looking at politics as one of the possible motives, after Lubigan had signified his intent to run for a mayoralty seat when his last term (for vice mayor) ends 2019.

Lubigan was supposed to announce his intention after their regular session last Monday.

Violence Against Crime and Corruption head Dante Jimenez, who visited Lubigan’s wake Tuesday, said the VACC would try to look for angles other than politics.

The family has signified their full trust and are ‘hands-off’ to the ongoing police investigation, “as we don’t want to interfere,” added Lucero

“We don’t even want to give yung mga naririnig lang namin, what we say to the authorities are facts na meron kami, sila na ang bahala.”

The family is thankful for the outpouring of support “from the President, the provincial government, our regional and provincial police, and local officials here,” which Lucero said gives hope to those who no longer thinks that the justice system works. “Ito ang patunay na inaaksyunan nila. (This is proof that authorities are acting on it).”