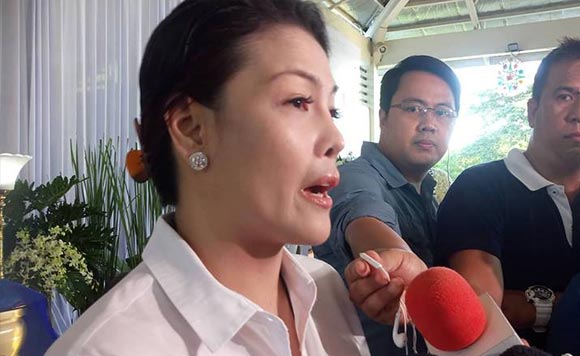 This after Duterte claimed the Batangas politiko was involved in the illegal drug trade.

Angeline Halili called on the President to clear her father’s name.

But Angeline said the family suspects the government is involved in her family’s assassination.

“This is one of the greatest fears that we have to face. Sana naman hindi totoo. Isipin mo naman kung ang pamilya mo is against a very high and a very strong government, mataas ang posisyon e matakot ka na,” she said.

“You’d be helpless, but not me. I will not feel helpless, all the more I will fight back,” she added.