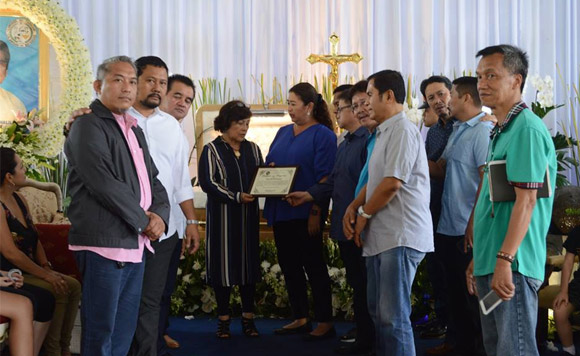 Fellow local chief executives are mourning the death of Tanauan, Batangas Mayor Antonio Halili, but that hasn’t stopped them from recognizing his contributions even after his killing.

Halili, known for his shame campaign against drug suspects and other scriminals, was gunned down by an assassin during a flag ceremony.

The League of Municipalities of the Philippines awarded Halili a posthumous certificate of recognition, San Pascual, Batangas Mayor Roanna Conti said on Facebook.

Conti said Halili was recognized for the admirable way he fulfilled his duties, which led to his meaningful service in government.