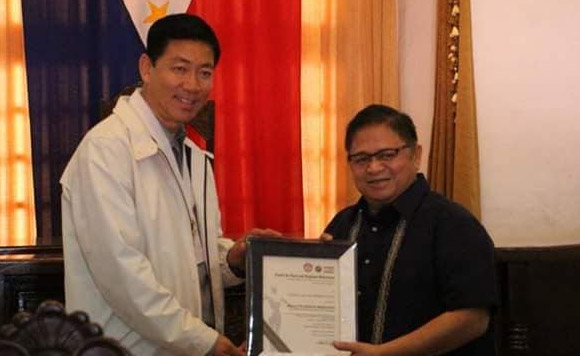 Taal Mayor Pong Mercado was definitely delighted to host government officials from Bhutan, touted to be the happiest country in the world.

Mercado discussed with the delegates the advantages of decentralizing powers in order to boost local governments.

In turn, the Bhutan officials lauded Taal for its efforts to preserve its cultural heritage amid rapid development and the infrastructure boom.

The two may even develop partnerships in the future.

Maybe Bhutan could teach the Philippines how to be a happier country as well!

“THE ROYAL GOVERNMENT OF BHUTAN VISITS THE HERITAGE TOWN OF TAAL!On 28 June 2018, ministers and officials from Bhutan paid a visit to Taal, where Mayor Pong Mercado introduced the foreign delegates to the advantages of decentralization of powers to empower local governments. In turn, the Bhutan officials paid homage to Taal for the preservation of its cultural heritage in the midst of rapid development and infrastructure boost from the national government.We thank the Royal Government of Bhutan for their time and the University of the Philippines NCPAG for bridging our two governments for future partnerships!” Mercado posted on Facebook.