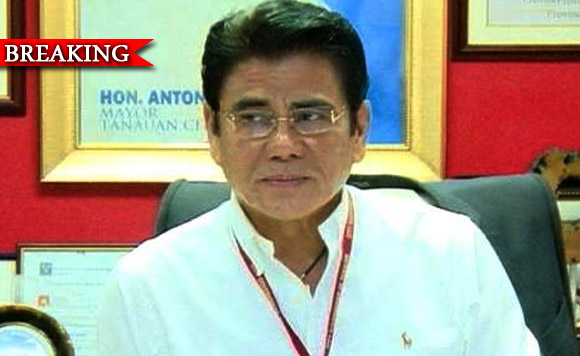 Mayor Antonio Halili Tanauan City, Batangas has died after being shot in the chest during flag raising ceremony at the town hall on Monday (July 2).

Halili was pronounced dead on arrival by the attending physician at C.P. Reyes Medical Center at 8:45 a.m.

According to spot reports, Halili was shot by a sniper crouched on a grassy lot near the town hall.

A Facebook live video from Gerry Yson Laresma, Tanauan City Information Officer, showed Halili standing with other city officials while the national anthem was being played. Commotion ensued after a gunshot was heard.

Halili gained some notoriety for forcing criminals to go on “walk of shame” in his city.

But this was seen as mere gimmickry as he was stripped off his control of the Philippine National Police last year due to his alleged ties to drug lords.