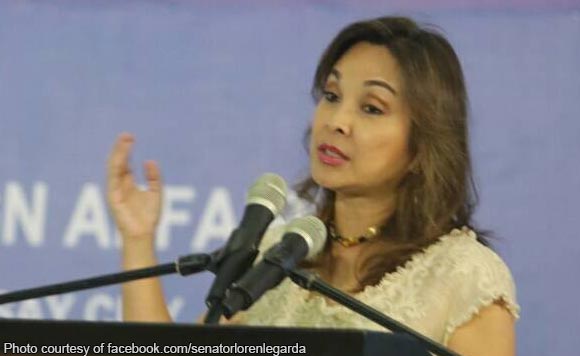 Senator Loren Legarda on Tuesday expressed desire to file a bill seeking to declare June 19 of every year as a special nonworking holiday in the Province of Laguna in honor of the birth anniversary of Rizal.

She made known her plan as the country commemorated Rizal’s 157th birth anniversary.

She renewed her call for the Filipino youth to respect and preserve the nation’s heritage, stressing that Rizal himself had expressed the need to embrace one’s roots.

“While fluent in several foreign languages, Rizal had always expressed his love for his native tongue,” the senator said.

“He also recognized the exceptional artistry and craftsmanship of Filipinos and, perhaps not known too many, he was also fond of indigenous Philippine textiles,” she said.

She noted that many of his works also described the “beauty of the Philippines and its people.”

Citing historical accounts, she said that during his exile in Dapitan, Rizal engaged in farming, planting trees and crops, and showing the local people how to improve their agricultural productivity through enhanced methods like irrigation and other scientific practices.

“As a tribute to our national hero, we should continue his work of caring for the environment by introducing innovative solutions to issues and problems of our country, especially in light of the biggest threat to humanity and development, which is climate change,” Legarda said.

“As the future of this country, I urge the youth to follow the footsteps and the advocacies of Dr. Jose Rizal, not just in the aspect of protecting our rights and sovereignty but also with regard to preserving our environment,” she said.

Legarda, chairperson of the Senate Committee on Climate Change, added, “We should continue to honor the sacrifices of Rizal.”

“On his birth anniversary, let us all look back at his life, work and his fight to ensure that the Filipinos preserve their national identity. Without his life and sacrifice, there would be no Republic of the Philippines,” she said.