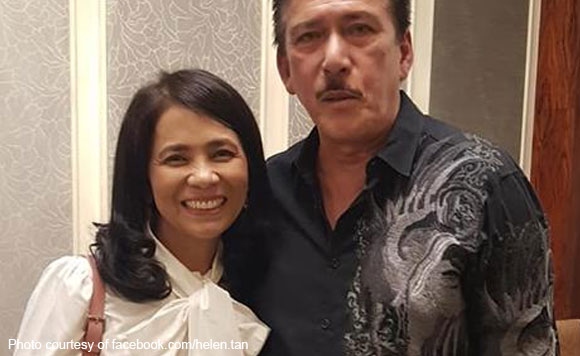 Critics may have ridiculed Vicente Sotto III’s election as Senate President, but Quezon Rep. Angelina “Helen” Tan is mighty proud of him.

Critics have said that Sotto, who got his start as a comedian and noontime show host, was not competent enough for the third highest post of the land, despite his long track record in the legislature.

But his party mates in the Nationalist People’s Coalition are mighty proud of him, and recently hosted a testimonial dinner for him. Tan shared photos of the event on her Facebook page.

Tan was among those who congratulated Sotto on his new position.

Say what you will, but Tan is happy for his achievement!