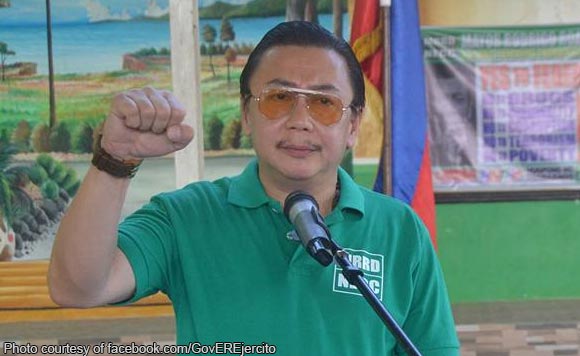 The Commission on Audit (COA) has temporarily lifted the notice of disallowance it issued against former Laguna governor ER Ejercito’s P79.94 million worth of cash advances for intelligence and confidential activities from 2011 to 2013.

COA said they failed to include in their report some evidence provided by the Laguna politiko.

The commission issues a notice of disallowance it finds a transaction to be non-compliant to existing rules and orders the refund of the amount in question.

COA questioned Ejercito’s use of intelligence funds in March 2016 despite the Philippine National Police’s certification that Laguna was a “generally peaceful community.