Ka-DDS na din! Envergas of Quezon are for Bong Go 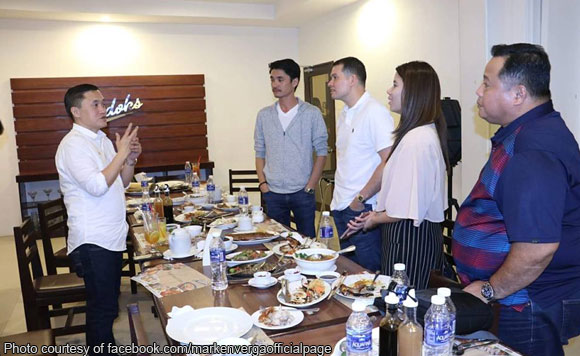 Much has changed in Philippine politics since 2016, and alliances have shifted with the times.

Quezon Rep. Trina Enverga and her brother, former Quezon Rep. Mark Enverga, have all but pledged their backing of the President’s special assistant Christopher “Bong” Go should he finally announce his bid to become a Senator.

The Envergas met with Go recently, and Mark enthusiastically thanked him for welcoming them warmly.

Mark also praised Go for being a good man and leader.

The Envergas had backed Sen. Grace Poe for the presidency in 2016, but as we all know, that’s water under the bridge now.

The “in” thing now is to be with President Duterte, and by his extension, his right hand man.