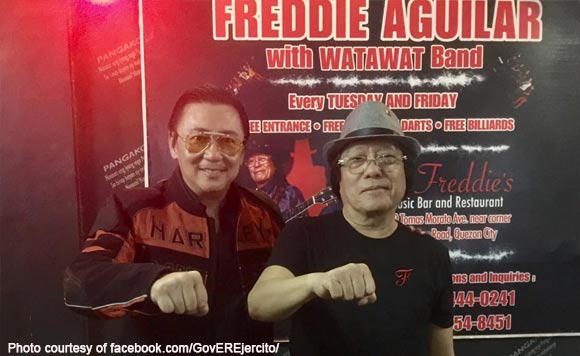 Freddie Aguilar’s decision to run for the Senate may have drawn mixed reactions, but the “Anak” singer can be sure from support from at least one fellow showbiz denizen.

We all know Aguilar is world-famous for his iconic song “Anak,” but we wonder, will his fame translate into actual votes?