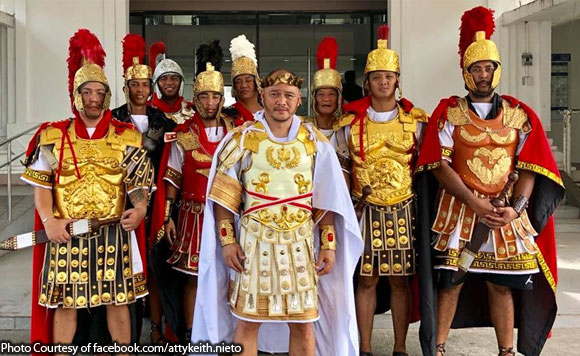 As part of his tradition, he played the part of Pontius Pilate for the Good Friday parade to reenact the passion of Christ.

He took the role seriously since he came in full Roman leader costume, complete with white robe, armor, sandals, and a golden crown. He was also accompanied by a group of Roman soldiers.

His constituents were impressed by his dedication and by his costume, based on the comments they posted on the photo he shared on Facebook.

One even said that he seems suited to be a Pilate.

In the spirit of the season, we’re taking that as a compliment. And it beats being a Judas!