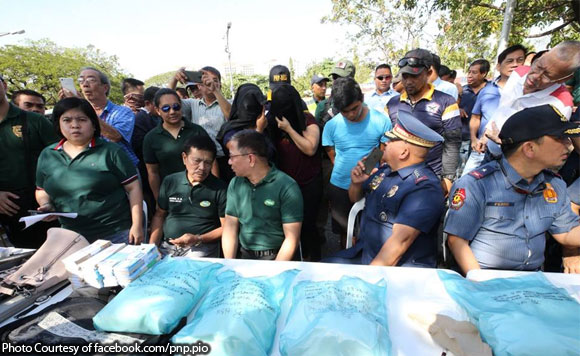 Operatives of the Philippine Drug Enforcement Agency (PDEA) and Philippine National Police (PNP)-Drug Enforcement Group (DEG) seized about P50 million worth of “shabu” during a drug buy-bust operation at the Parking Area 5 of the Alabang Town Center in this city Friday.

Seized from the suspects were five packs of suspected methamphetamine hydrochloride or locally known as “shabu” weighing 10 kilograms worth about P50 million.

The suspects are now under custody at the PDEA office in Quezon City. (PNA)