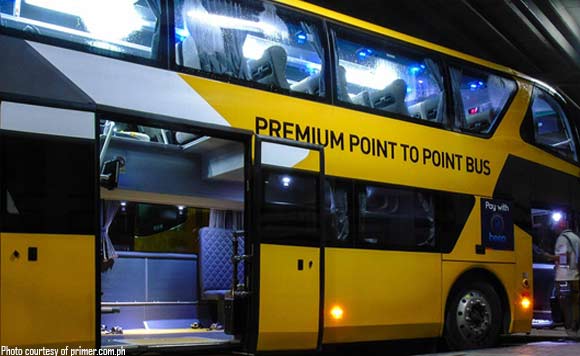 The Department of Transportation (DOTr) is set to launch by the second quarter of 2018 additional Premium Point-to-Point Bus Service (P2P) routes connecting the cities of Bacoor, Imus, and Dasmariǹas, including Noveleta town, to Makati City.

DOTr is now in the final stages of selecting operators, “which we hope to release next week or the week after”, as interested players were done submitting all the legal, technical, and financial documentary requirements, as specified by the Land Transportation Franchising and Regulatory Board (LTFRB).

“We will increase based on the demand,” with terminals located inside the malls with their specific locations to be decided upon by the selected operators, he added.

P2P transport system introduced the “park and ride or kiss and ride concept” as an alternative mode of traveling for commuters.

The “park and ride” is for car owners who leave their car parked in the mall then ride the P2P bus to their destination while the “kiss and ride” is for people, specifically parents/guardians, who may opt to bring their kids/loved ones to the terminal and kiss before boarding the premium bus ride.

The point-to-point service commitment prohibits frequent stops, as the buses will travel directly from the terminals to their drop off points.(PNA)