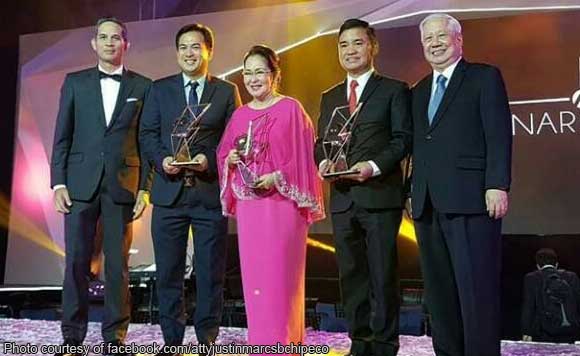 Calamba Mayor Timmy Chipeco is proud that the city government was recognized as one of Meralco’s Luminaries awardees.

The Luminaries seeks to honor the power company’s partners, including local government units, that give importance to maximizing energy use, which lead to better operational efficiencies and gains for their businesses, industries and communities.

Chipeco received the award and thanked Meralco. He vowed to remain its partner in fulfilling the vision of an energized Philippines.

No need to return to the dark ages!

“Thank you Meralco The Luminaries for awarding the Government of Calamba City — honoring the partnership in sharing the vision of an energized Philippines. ? ,” the mayor posted on Facebook.