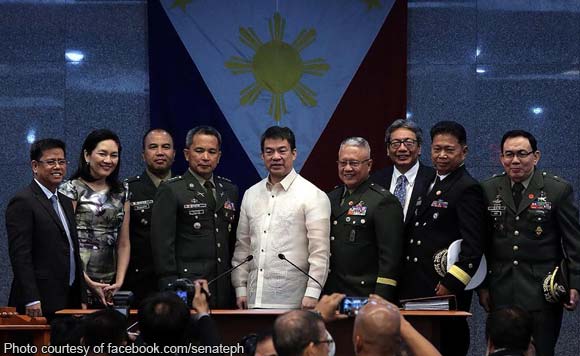 Cavite 5th District Representative Roy Loyola on March 7 has been confirmed by the Commission on Appointments (CA) as a reserve officer with a rank of Colonel for the Philippine Army.

The Cavite politiko, together with other lawmakers, graduated from the Armed Forces of the Philippines Command and General Staff Course (CGSC) last February.

Likewise, the CA confirmed the nomination of Senators Loren Legarda and Manny Pacquiao as Colonel of the reserve force of Phil. Air Force and Phil. Army, respectively.

The CGSC is the highest military education given to a career officer.