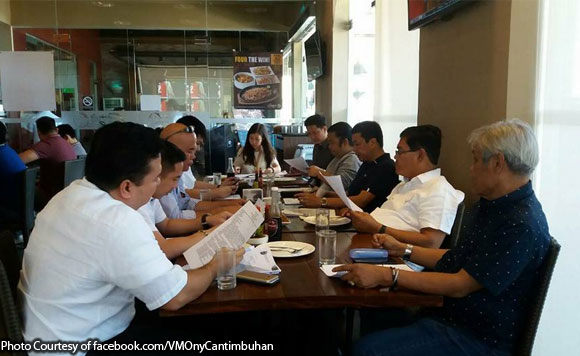 The recent special session of the Sangguniang Panlungsod was more than just productive, it was filling as well.

This was because the session was held at Gerry’s Grill in Aseana Park in Pasay City, according to Vice Mayor Ony Cantimbuhan.

Present at the gathering were the members and coaching staff of the Imus Bandera basketball team, which beat the Navotas Clutch at the Maharlika Piliipinas Basketball League.

After the session, the officials treated the members and staff of the Imus team to a sumptuous lunch to celebrate their victory.

Now this is the best ending to a session!

“A special session of the Sangguniang Panlungsod was held at Gerry’s Grill in Aseana Park, Macapagal Ave., Pasay City and after which, the members and coaching staff of Imus Bandera team were treated to a sumptuous lunch for that big win over Navotas last Saturday,” the Vice Mayor posted.