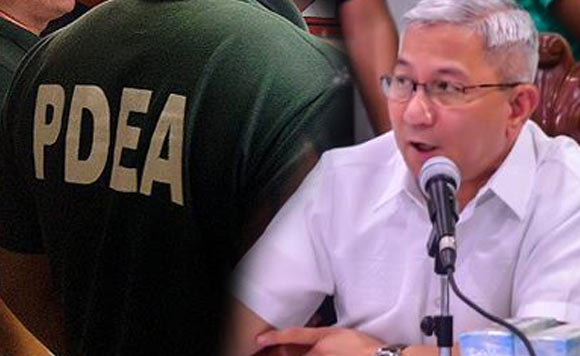 Philippine Drug Enforcement Agency (PDEA) Director General Aaron Aquino has ordered the relief the agency’s regional director in Calabarzon and his 62 agents due to reports of extortion activities.

Aquino ordered the relief of Archie Grander, Regional Director of PDEA Regional Office 4-A or CALABARZON, his 61 men, and administrative and technical personnel who were assigned in the agency’s operations unit group.

“They were discharged from duties after intelligence reports linking them to a series of unlawful arrests and extortion activities in the provinces of Batangas and Cavite,” Aquino said in a statement.

“Those personnel are now undergoing thorough investigation and were placed in the agency’s administrative holding unit. If they are found guilty after due process, we will dismiss them right away,” the PDEA chief added.

According to reports, those relieved were also involved in the unlawful issuance of PDEA regionalized identification cards (IDs) to confidential assets or informants.

On Feb. 24, 2018, a certain Jhay-R Repana, 31, who introduced himself as a PDEA agent, was involved in a shooting incident in Barangay BF Homes in Parañaque City.

He was later arrested during a follow-up operation by local authorities in a hospital in Sta. Rosa, Laguna, resulting in the seizure of one plastic sachet of shabu, drug paraphernalia and a firearm inside his vehicle.

A certain Joseph Martin Patrick Borjal, who tried to assist Repana to the hospital, was also apprehended after showing a PDEA ID bearing record that he is a confidential agent.

“PDEA does not issue IDs to non-organic personnel, including assets and confidential informants. We only authorized the issuance of an ‘Agent’s Agreement’- a project-based contract (maximum of six months) to them, to perform intelligence works against specific high-value targeted drug personalities (HVTs),” Aquino noted.

“Once the credibility of an organization is put at stake, in this instance PDEA, we will not tolerate anyone who deliberately besmirches its integrity. We will remove rogue agents from our ranks so that they will not have the chance to influence the others,” he said.

Aquino reiterated his warning to the public against unscrupulous people who masquerade as agents who are out to discredit PDEA.

He encouraged the public to remain vigilant in spotting these impostors.

However, they managed to elude arrest after engaging the authorities in hot pursuit in the same barangay two weeks later.

PDEA and PNP reports revealed that Repana and Borjal were not involved in the Taguig incident.

They are now facing charges for kidnapping, violation of RA 7610 or the Anti-Child Abuse Act and usurpation of authority.