Liberal Party: ‘Is PDP-Laban celebrating our surrender to China?’ 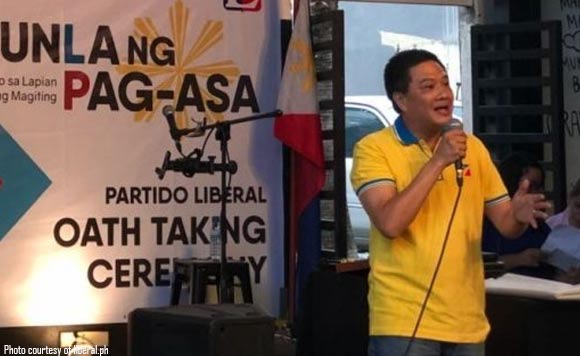 The decision “leaves a bad taste in the mouth, considering that we are now seeing the most aggressive military build-up by China in the disputed waters of West Philippine Sea with the Philippine government disturbingly quiet,” he said in a statement.

“While the Philippines’ ruling party mouths the need for deeper exchanges and cooperation for sound progress of the two nations, let us not stray from the reality that this is the same government that keeps violating international standards of laws and rules,” the former Quezon congressman said.

“It has turned a blind eye and deaf ears to our appeals and diplomatic initiatives, while continuing its aggression in the disputed waters. Propriety dictates that we should be more judicious of the people we choose to invite to wine and dine,” Tañada said.

He added, “Is this a celebration of our subservience, docility, and surrender?”