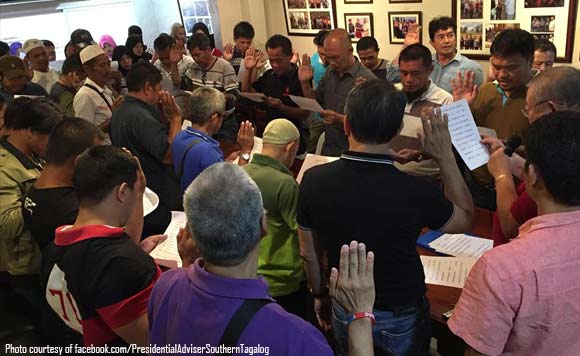 Government presence in the 32nd anniversary of the EDSA People Power Revolution was largely muted, but it doesn’t mean that the officials weren’t busy.

Addressing the Muslim supporters of the President, Hernandez reminded them that Mr. Duterte heeded the people’s call for him to serve.

Now, it is our turn to do our duties as citizens and back the chief executive as he works to improve the country.