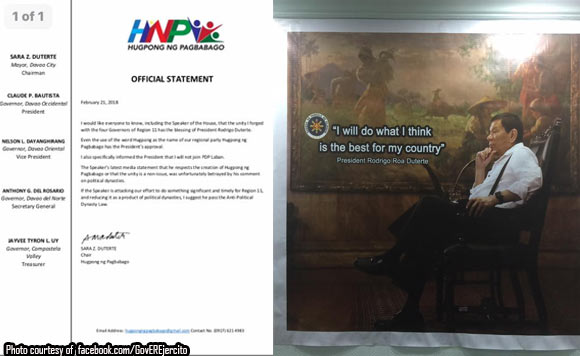 The former Laguna politiko said nothing, though, about the President’s party, the Partido Demokratiko Pilipino-Lakas ng Bayan.

There seems to be tension brewing after Mayor Sara took offense at a statement from PDP-Laban’s Speaker Pantaleon Alvarez about her new group.

We don’t know how this issue will play out, but at least we know that Ejercito is firmly a Duterte supporter.