Hear it from the expert! Rodriguez officials thank former Sen. Joey Lina for explaining anti-hazing law to them 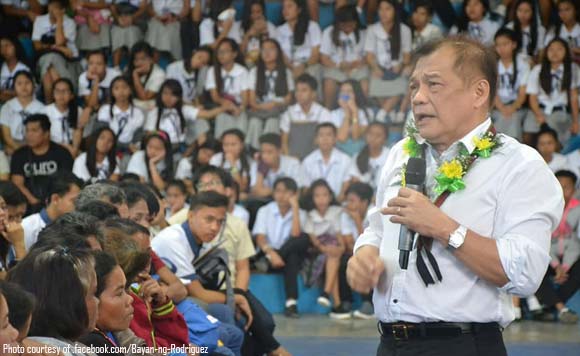 With hazing still a problem in colleges and universities, Rodriguez, Rizal officials took the timet to make sure that students and school officials know that it is illegal and carries grave consequences.

The students and officials learned all these from former Sen. Joey Lina, the principal author of the measure, who was invited to speak before them.

On Facebook, the Rodriguez officials, led by Mayor Cecilio Hernandez, Vice Mayor Dennis Hernandez, and the town council thanked Lina for sharing his knowledge and wisdom about the law.

Hopefully, with Lina’s lessons, students in Rodriguez will be able to go through school unscathed by violence from a so-called brotherhood!