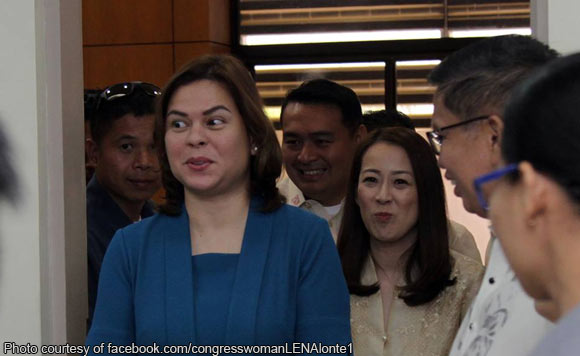 Is Binan, Laguna, aiming to be like Davao City?

Binan’s top officials were in full force to welcome the headstrong mayor, who just may or may not run for a national position. They include Binan Rep. Len Alonte, Mayor Arman Dimaguila Jr. and Vice Mayor Gel Alonte.

The two cities, if not their officials, seem to be forming a close friendship.

Since Davao City is considered by some as the new seat of power under the Duterte administration, maybe this isn’t a bad idea.