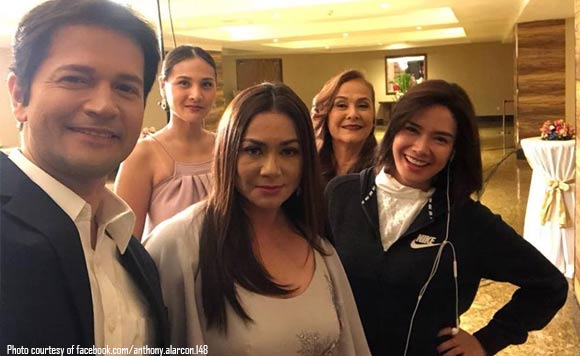 Rizal Board Member Jestoni Alarcon has a new, exciting gig.

Alarcon is part of the cast of the new ABS-CBN show “The Blood Sisters,” topbilled by Erich Gonzales.

It’s still a mystery what role he will play, but it looks to be an exciting show, not least of which because it includes cast members who were among the popular stars of the 80s and 90s such as Dina Bonnevie and Dindi Gallardo.

It will begin airing on the early evening time slot on February 12.

“The Blood Sisters airs on Feb. 12