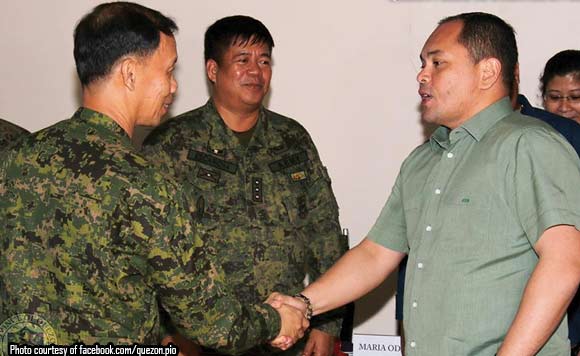 Quezon Province Governor David Suarez has called on the military and the police to assist against the New People’s Army (NPA) rebels’ harassment of the provincial government’s construction contractors.

The Quezon politiko’s call for help was made during the Provincial Peace and Order Council meeting on January 22.

Suarez said two contractors who refused to give pay “revolutionary tax” to the NPA have terminated their contracts.

He added that the contractors were fearing for their safety.#