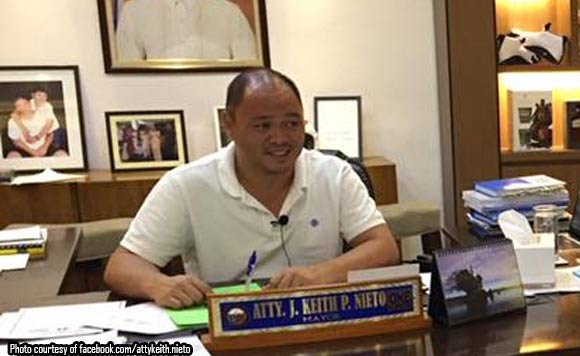 While many are despairing over the difficulty of getting a passport appointment at the Department of Foreign Affairs, Cainta residents need not be among them.

Mayor Kit Nieto announced on Facebook that the DFA’s Mobile Passport Service will be coming to town on January 30 to process passport renewal and new applications from adults and minors.

Those who want to get that much coveted appointment on January 30 would need to fill out forms at the mayor’s office.

Only 1,500 with pre-approved applications would be processed, he said.

“Advisory: The Mobile Passport Service of DFA will be coming on the 30th of January to facilitate renewal of passports as well as new applicants for adults and minors.

they will not process diplomatic passport and non-expired passports that were lost.. no walk-in applicants will be entertained.

Forms are available at the mayors office beginning lunch time today.. The application form must be returned on or before the 24th of January.. forms will be sent to the DFA for verification and approval..

Only 1,500 applicants with pre-approved application will be processed.

Requirements will be given upon issuance of application form.

venue for jan 30 will be in One Arena from 8am to 5pm. For queries, look for angel…