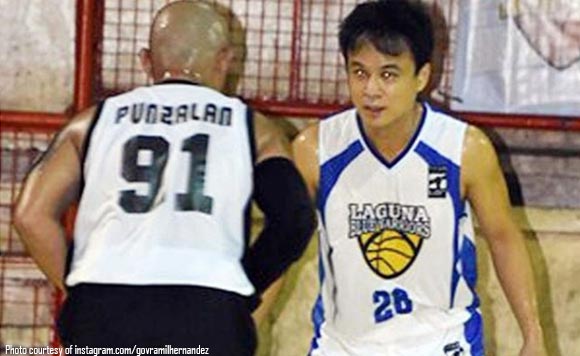 For a moment on the basketball court, Laguna Gov. Ramil Hernandez’ eyes were all aglow.

No, he wasn’t auditioning to be a vampire in Twilight or turning into a supernatural creature because of the intensity of his game.

It was just a trick of the light caused by the camera.

But what was real was the politiko’s seriousness about his basketball game.

On Instagram, he said the light reflection on his eyes did not cause him to let his guard down during the game.