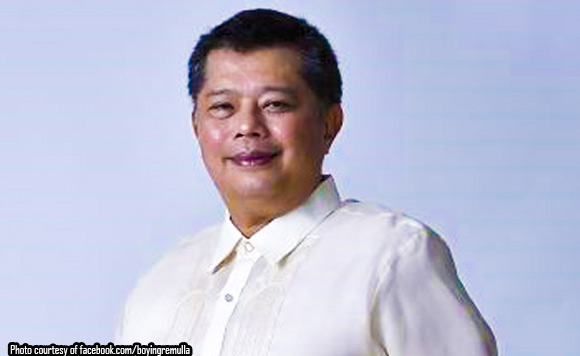 The constant traffic problem in Cavite has prompted the provincial government to take a major step toward easing the congestion.

It will soon implement a number coding scheme to lessen the vehicles on its roads, which are no designed to handle a very high number of vehicles.

Cavite Gov. Boying Remulla defended the scheme on Facebook, saying those who are part of the problem should also be part of the solution.

The proposed scheme had been published a few months ago, in order to give a chance to people to air any objections and propose alternatives.

The politiko said the implementing rules and regulations would be published soon.

He also asked the public to cooperate with this proposed solution to the traffic woes, and sought their understanding as not all applications for exemptions would be granted.

He promoted ride sharing by saying that vehicles carrying three or more people could be exempted from the scheme.

Traffic congestion is a headache to resolve, and the leaders need all the help they can get!

“Number Coding Scheme : If we are a part of the problem, we should be part of the solutionThe traffic problem of the Province of Cavite is a real problem.Our roads and road system were not designed to handle the number of vehicles that traverse it.Thus, the predictable gridlocks persist.

The Talaba junction in the City of Bacoor.

The whole Aguinaldo highway up to the boundary of Dasmariñas City and Silang.

Governors Drive, from Carmona up to Trece Martires City.

The Centennial Road, from Kawit to Tanza, especially the junction of Tejeros up to the Soriano Highway at Tanza.

The whole Tagaytay City portion of the Aguinaldo Highway.

To address this problem, the Office of the Provincial Governor and the Sangguniang Panlalawigan have come up with the Number Coding scheme which was published a few months ago.

In a few days we will be publishing the IMPLEMENTING RULES AND REGULATIONS.

This will be the beginning.

We are asking the general public to cooperate.

We cannot exempt all those who will seek exemptions.

The most fair principle will revolve around the idea of ride sharing, that cars and similar private motor vehicles with at least 3 occupants, including the driver will be generally exempted if they remove their front windshield tint’so that the number of occupants will be visible.

Let us all help in solving this problem.