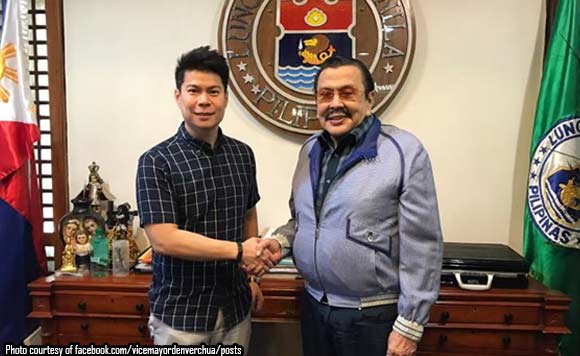 The younger politiko met with Estrada and came away impressed by the leader of the country’s capital, who has had a long, eventful career in politics.

The charismatic Estrada, a former actor, had started as San Juan Mayor and then became Senator,Vice President, and then President. His term as chief executive was cut short by a mass uprising, but he eventually made a political comeback and became Manila Mayor.

Chua in a Facebook post, described Estrada as sharp. There were no dull moments during their meeting, he said.