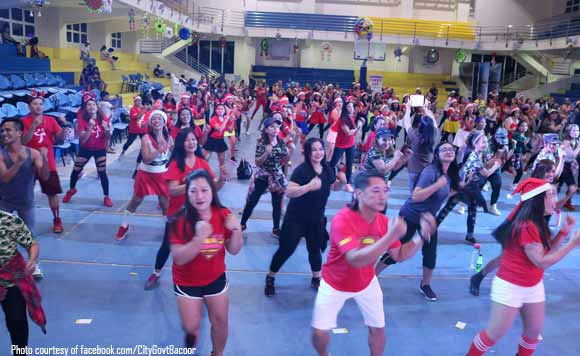 After all the eating people have done for the holidays, it’s only right that they shed some sweat to stave off unwanted pounds.

Bacoor Mayor Lani Mercado had the right idea when she led a year-end zumba party at the Strike Gymnasium.

Mercado joined the residents of various barangays in swinging her hands, shaking her hips and dancing to the beat.

“The City Government of Bacoor ended the year with a rollicking Zumba party at the Strike Gymnasium. Various groups from various barangays joined in the fun!#1Team1Love1Bacoor,” the Bacoor City government posted on its Facebook page.