Down but not out! Taal Councilor June Manimtim, spends Xmas on sickbed but doesn’t lose good cheer 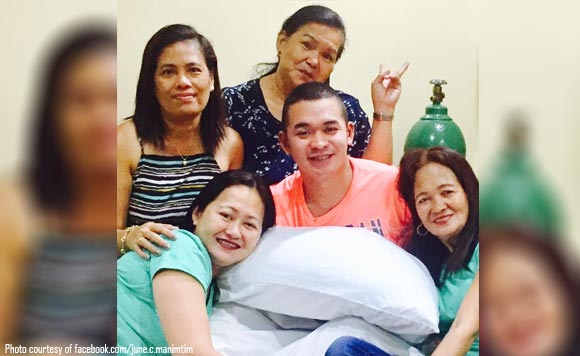 Paryngitis downed Taal Councilor June Manimtim a few days before Christmas, and he doesn’t know yet when he will be released from the hospital because of his recurring fever.

But this didn’t seem to dampen the councilor’s good cheer.

He received visitors at the hospital and found time to greet his Facebook followers a Merry Christmas and a Happy New Year.

And he didn’t forget his many inaanak either (numbering over a hundred, by his own count).

On his Facebook, he told his godchildren to get their gifts from his sister Kharen.

Get well soon, konsi! We’re sure more parents want to become your kumpare and get you as ninong!