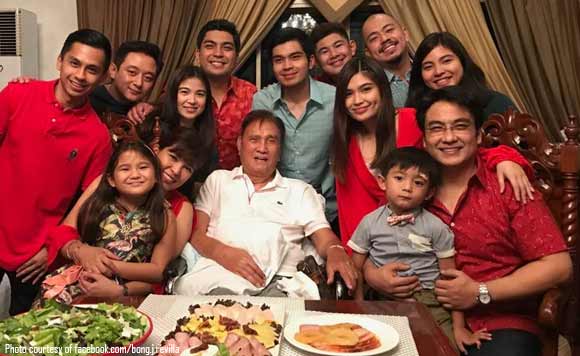 We think it’s safe to say it’s the best gift he received this Christmas.

Former Sen. Bong Revilla Jr. spent his furlough from detention with the people closest to his heart.

The Sandiganbayan had granted Revilla’s request to spend a few hours on Christmas eve with his family, and it looks like they made the most of his precious freedom from detention.

On Facebook, Revilla shared a photo of himself with his wife and children, as well as his father, Ramon Revilla Sr.

The former senator also thanked those who made him feel their love and support for him. He could not find the words to describe his joy at how they had welcomed him after his four years in detention.

Many things changed while he was detained, which was why he was truly touched and overwhelmed when people told him that their support for him never wavered.

God is good, he said, and he is keeping the faith.

Who knows, maybe he will celebrate next Christmas as a completely free man!